While shopping at the Campbell farmer’s market my wife and I discovered the Corralitos Brewing Company tent. It was the first time we ever saw beer tasting at a farmer’s market. We were impressed with this local brew and decided to go visit the brewery. 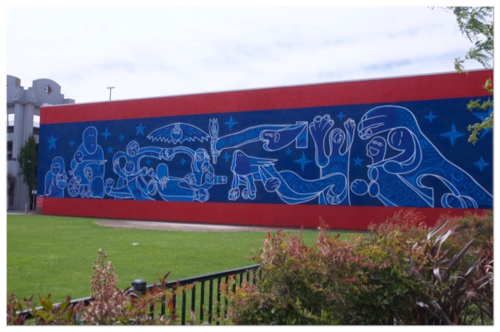 A mural in historic downtown Watsonville

It took us several months to schedule a trip to check out the brewery. As it turns out Corralitos Brewing Co. taproom is located in Watsonville, about 3.5 miles from the tiny town of Corralitos. We decided to take an early afternoon, mid-week trip over the hill. There are several ways to get to our destination and we chose the scenic route over the winding backroads of the Santa Cruz Mountains, traversing Old Santa Cruz Highway and Summit Rd. From our home in San Jose the trip by highway is about 45 miles.

Once we located the brewery, we decided on an early dinner, since they do not serve food at Corralitos Brewing Co. (though you can bring your own). Driving into Watsonville we parked across the street from Watsonville Plaza, an historic park in downtown. The park has historic information, shade trees, and a gazebo. After strolling around the park we headed out to find dinner. 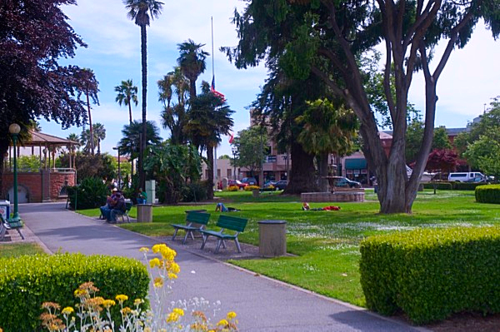 El Alteño Restaurant was open as we walked by, so we stopped in. Our server quickly sat us at a spacious table and brought out chips and salsa. The salsa was a traditional red sauce with a little heat, and served in individual dipping bowls. We started with cold beverages, traditional Mexican horchata (a ride drink) for me and ice tea for Tracy.

After browsing the dozens of options on the menu, we made our selections and ordered. I opted for the chicken molé, a traditional chicken dish in a rich chocolate sauce. The molé sauce was perfectly a blended combination of peppers, chocolate, and cinnamon. The boneless chicken breast melted in my mouth. 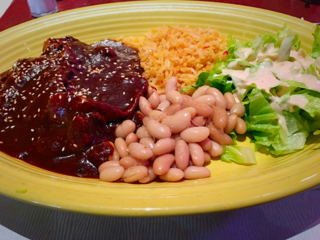 Tracy chose crab enchiladas. These were a surprise.The enchiladas were stuffed to overflowing with crabmeat. The tomatillo cilantro sauce complemented the sautéed crabmeat perfectly. Unlike most Mexican restaurants the meals were served whole cannellini beans, rather than black or refried beans. We’re already plotting a return visit.

The large dining room and outdoor patio offer many seating options. The patio is perfect for large gatherings and has a grill and bar area. El Alteño is open daily from 11 a.m. to 9:30 p.m. and is located at 323 Main St., Watsonville. elaltenorestaurante.com (831) 768-9876. Expect to spend about $15 per person for dinner, without drinks.

With full bellies, we headed off to our final destination, retracing our route to the Corralitos Brewing Co. The brewery has a large front porch with tables for groups of people, a small bar area and communal tables inside. We were greeted right way and made to feel at home, as we heard about the current beer selections (there are a dozen options). You can order by the glass, growler (for take out), or sample a variety of beers with a tasting. Because we did not have a designated driver, we shared our tasting. 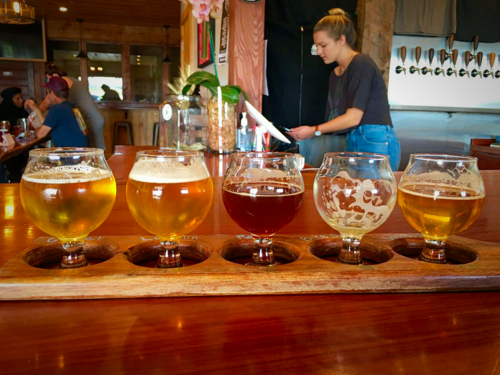 The tasting offers a choice of five beers. While we are partial to IPA style (or double IPA), we chose a variety that offered blonde, red, IPA, stout and a seasonal style. Our to-go choice was the Lupulin Express American double IPA, an exceptionally hoppy-tasting IPA. The taproom has plenty of parking. For the more adventurous, the brewery is a 20-mile bicycle ride from Santa Cruz. The taproom is also dog-friendly for your well behaved four-legged family member. Corralitos Brewing Co. is located at 2536 Freedom Blvd., Watsonville. They are open Wednesday through Friday from 4-8 p.m. and on weekends from noon to 8 p.m. www.corralitosbrewingco.com